skip to main | skip to sidebar

FINAL PROJECT! - What a great learning experience these 10 weeks have been. 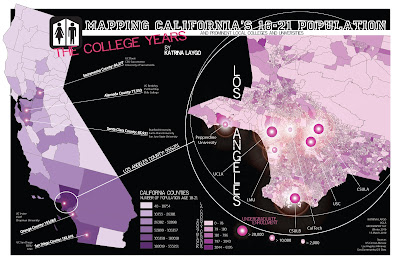 Posted by Katrina at 6:59 AM No comments:

As a Vancouver, BC native, I was very excited with the prospect of hosting the 2010 Winter Olympics in my home town. The two maps I have created are centered on my interests as they relate to the Vancouver Olympics. The first is created with the Vancouver native in mind. In regards to the second, I am a competitive snowboarder, having competed in such events as the Roxy Snow Classic, and it has always been my dream to be an Olympian. Thus, the second map centers on the number of snowboarding athletes sent to the Vancouver 2010 Olympics, highlighting the increasing prominence of the sport in the Winter Olympics. 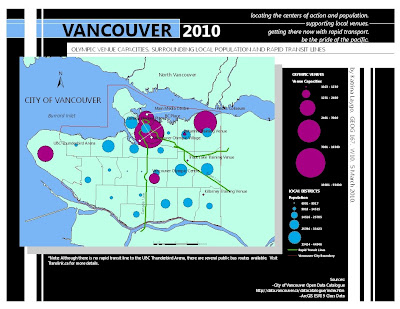 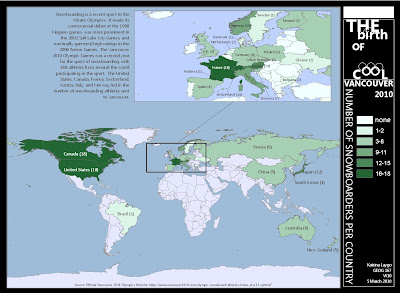 ACTUAL MAP SIZE IS 11" x 15". After clicking, zoom in for detail if necessary.
Posted by Katrina at 2:01 AM No comments: 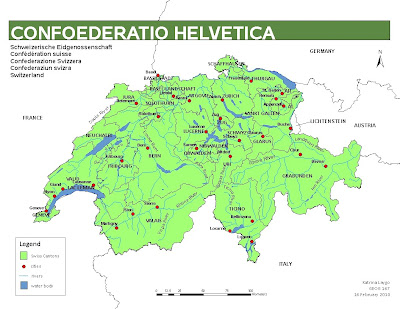 Posted by Katrina at 1:22 AM No comments: 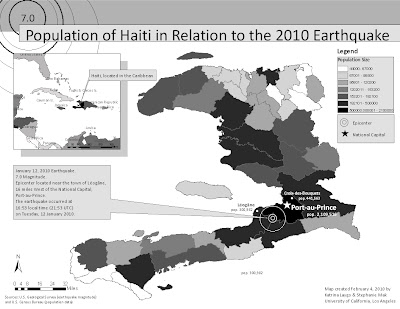 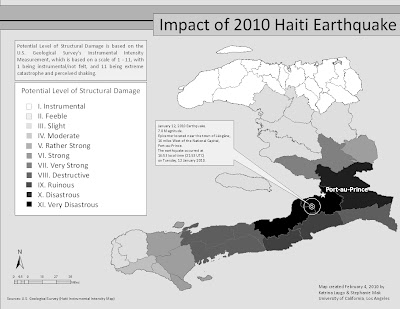 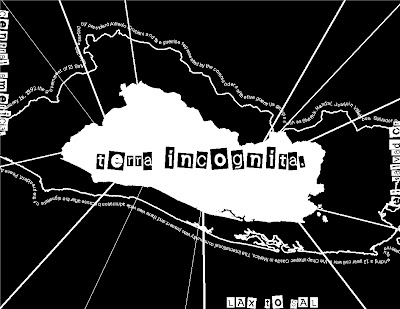 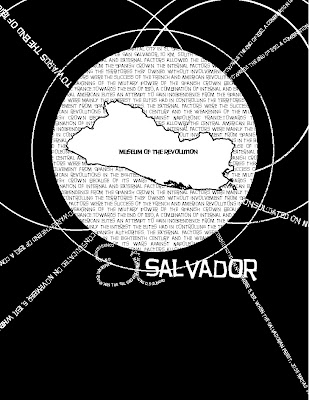 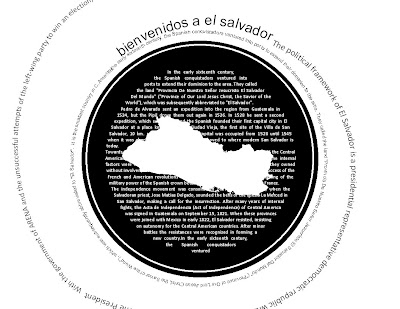 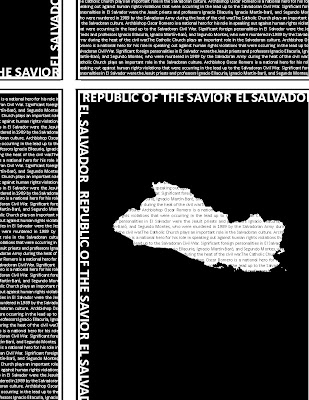 The photosynth map I created is one of a bench in a backyard in the city of Buena Park. I added a geotag for reference in Bing maps. The synth I created is 91% "synthy." I approached this project as an example of using volunteered geographic information (VGI) to advertise an item for sale. In other words, Photosynth was used as a means to depict an object from different vantage points in a 3-D view and to show its location on the map. The park bench was photographed from 45 different angles to create a 3-D view of the bench in 180 degrees. It was then geotagged in Bing maps, so that potential buyers could stop by to see the bench in person and/or pick it up after purchasing it.

Michael F. Goodchild's article, "Citizens as Censors: the world of volunteered geography," can be integrated into my particular Photosynth map in that I, as the photographer and Photosynth user, have contributed to the wide database of volunteered geographic information on the web. I am a "citizen sensor" in that I provide information that is relevant to me and post it for the public to see; hence, I am an indicator of a specific human interest. I use VGI to sell a commodity. Using a simple digital camera, owning a laptop with good graphics hardware, and having access to the Internet have allowed me to put forth an image's location on the Web through the interface of Bing maps.

However, VGI shows a lot of promise in that it examines location on earth according to the interests and observations of its users - in other words, through the eyes of the individual photographers and amateur cartographers. The methods by which image capture, geotagging, referencing and digitizing are done are user-friendly through programs such as Google Earth and are thus popular to the general public. Unlike satellite imagery and remote sensing which capture large swaths of the earth from above, VGI is socially engaging. The esoteric world of professional mapping agencies differs greatly from the blogosphere of human spatial relationships. My park bench would have gone unnoticed by a GeoEye swath. However, as a "citizen censor," I have photographed and mapped it online for my benefit and for the gain of potential buyers. VGI represents life on a map at the ground level - the human level.
Posted by Katrina at 2:40 PM No comments: 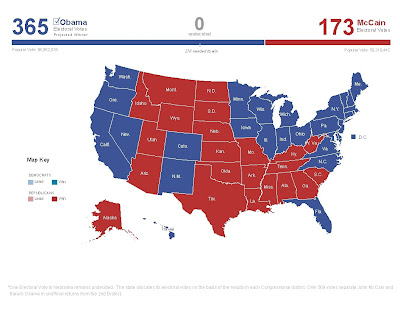 The above map is a replica I created with ArcMap of the NY Times 2008 Election map. The original is pictured below and can also be viewed here.

The above map has several strengths and weaknesses. The symbolization and classification of data according to the election data is well represented with the bar graphic at the top of the page and was carefully replicated. The Lambert Conic Conformal Projection was utilized as well, as this creates a much more aesthetically pleasing map to the viewer in terms of map projections.

There are three ways that the map can be improved. Firstly, the scale of the map is not as well represented in the replicated map as in the original. The sizes of the thematic Continental United States and Alaska and Hawaii are not as accurately rendered as the bar graphic, for example, nor is the font type. I am assuming that the font, Helvetica, is the closest font type to the original; however, ArcMap in the PAB 2035B lab did not have Helvetica as an installed font. As a result, I used the Arial font. Secondly, the color of the map could be improved by toning down the blue and red hues so that they are not too vivid and overwhelming. Thirdly, information graphics could be utilized to make the map more robust in terms of the amount of information provided. For example, the geographic distribution of the number of female, male, Black, White, Asian, and Hispanic voters could be plotted in pop up graphs that would appear with mouse-overs. Adobe Creative Suite (e.g., Adobe Flash) would be utilized in conjunction with ArcGIS to make the map more visually stunning, interactive, and informative to the viewer. 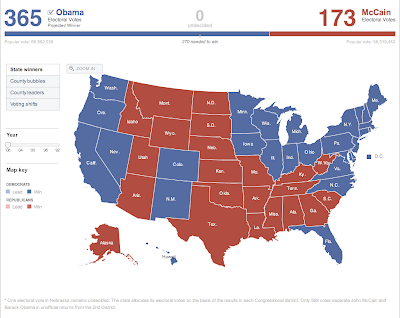